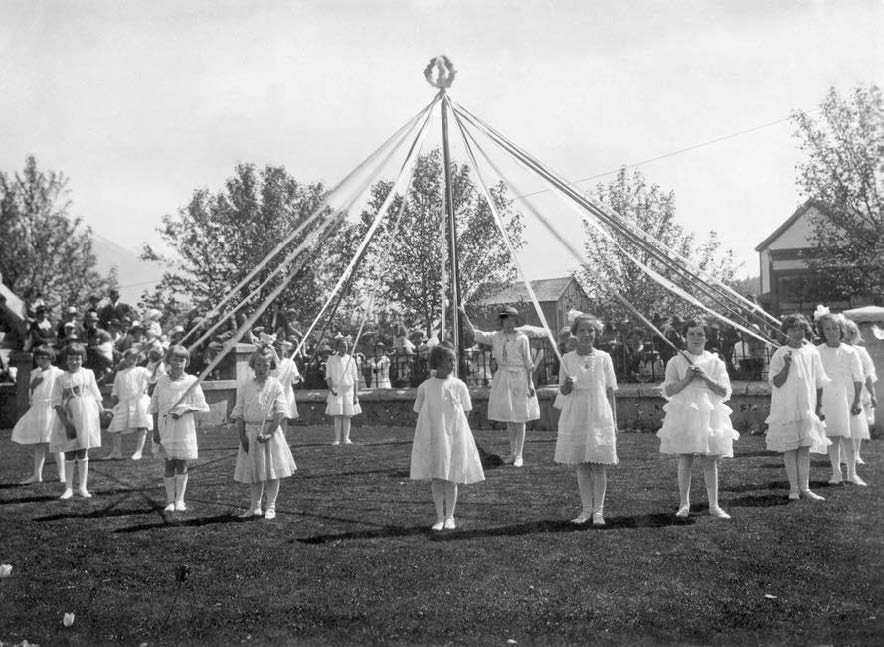 May 24, 1923 12:30 pm. The day has dawned bright and clear over Kootenay Lake – a good sign for the day’s events to come. The Kuskanook arrives at the Kaslo Bay wharf looking like a Mississippi steamboat queen, its multiple decks crammed with people. Everyone dresses to the nines for the special occasion – men in suits and bowler hats, women in flowing dresses. It is after all Victoria Day, commemorating the birthday of Queen Victoria, the longest-reigning monarch of the British Empire. The excited crowds on the Kuskanook are met at the wharf by the Kaslo City Band, its brassy tones setting up the celebratory mood. Arriving with the revelers is the Nelson Kiltie Band. Once the brass band finishes, the Kilties in their colourful Scots regalia lead the parade to the Courthouse, the thrilling skirl of bagpipes filling the air.

Just two years earlier, in 1921, a new element to Kaslo’s celebrations had been added – the crowning of the May Queen. John Keen, Speaker of the BC Legislature from 1918–20 and one of the founders of Kaslo’s first Victoria Day celebrations in 1892, had crowned the first May Queen. It was to be his final public act before his death in 1922. The coronation ceremony takes place at the Courthouse.

The Kootenaian reports that in 1923, “little Miss Opal LaBelle” makes “a dainty May Queen.” The celebrations will include for the first time the Maypole dance, a tradition dating back to at least 14th century Britain. It also featured strongly in 16th century village celebrations in Germany, a remnant of pre-Christian reverence for sacred trees. The Maypole tradition in Scandinavian countries likely derives from honouring the mythic ‘world tree,’ Yggdrasil. But the 350 visitors brought to Kaslo by the Kuskanook on May 24, 1923 are too busy watching the spectacle to think of ancient origins. “After the coronation ceremony,” continues the Kootenaian, “the Maypole dance followed, the children performing the difficult dance most creditably.”

The 1920s Victoria Day celebrations are a far cry from their frontier origins. When the first committee was hurriedly formed in May 1892 to organize the event, Kaslo’s population was dominated by miners and prospectors. Their idea of a good time for all included horse races up dusty Front Street, miners’ mucking and drilling contests, and log sawing competitions. There was even a prospectors’ race. “Many prospectors, including Lardeau Jack himself, were lined up on the street with their entire camping equipment,” explains historian George McCuaig. “During the race, they had to pitch their tents, set up their cooking equipment and light a campfire, and according to custom, had to mix their bannock right in their sack of flour. The first man to produce a well-cooked bannock (cooked in a skillet, of course) was the winner.” Money raised at the 1892 event helped establish the Kaslo Fire Department. “By 1896 evening entertainment included a Grand Ball,” writes Florence Woodhurst. “This event was a fundraiser for a charity that included the Red Cross or for aid for the local hospital.”

As times and tastes changed, so did the May Day events. Baby shows were held in earlier years, although McCuaig reports that, “ the judges took to the hills for some time afterward to avoid the reprisals of rebuffed mothers.” Archivist Florence Woodhurst notes other events that have come and gone, “including mule and pony races, foot races, hose reel team races, a greased pig catch; the winner, of course, won the pig. Baseball was added in 1894. Boxing, trap shooting, lacrosse, tug of war, children’s sports, Caledonian sports. Boat races for rowboats, sailboats and motorboats were also added at times.” For horse lovers, the Kaslo Riding Club’s gymkhana has been another popular event.

Pioneer resident Andy Jardine had poignant memories of May Days. “The Moyie would come from Nelson loaded with all the people she could carry. She would give us a 21-gun salute down on the beach,” he told the Nelson Daily News in 1977. “The bands from here and Nelson would play all day long at the grandstands, up where the school grounds are now. At night, you couldn’t see for the smoke. There were firecrackers, skyrockets, everybody had them. Pinwheels flew across the street. All the saloons were open and booming, right on Front Street. There was a big tug of war at night, and generally a big fight. People came from as far away as Idaho.” 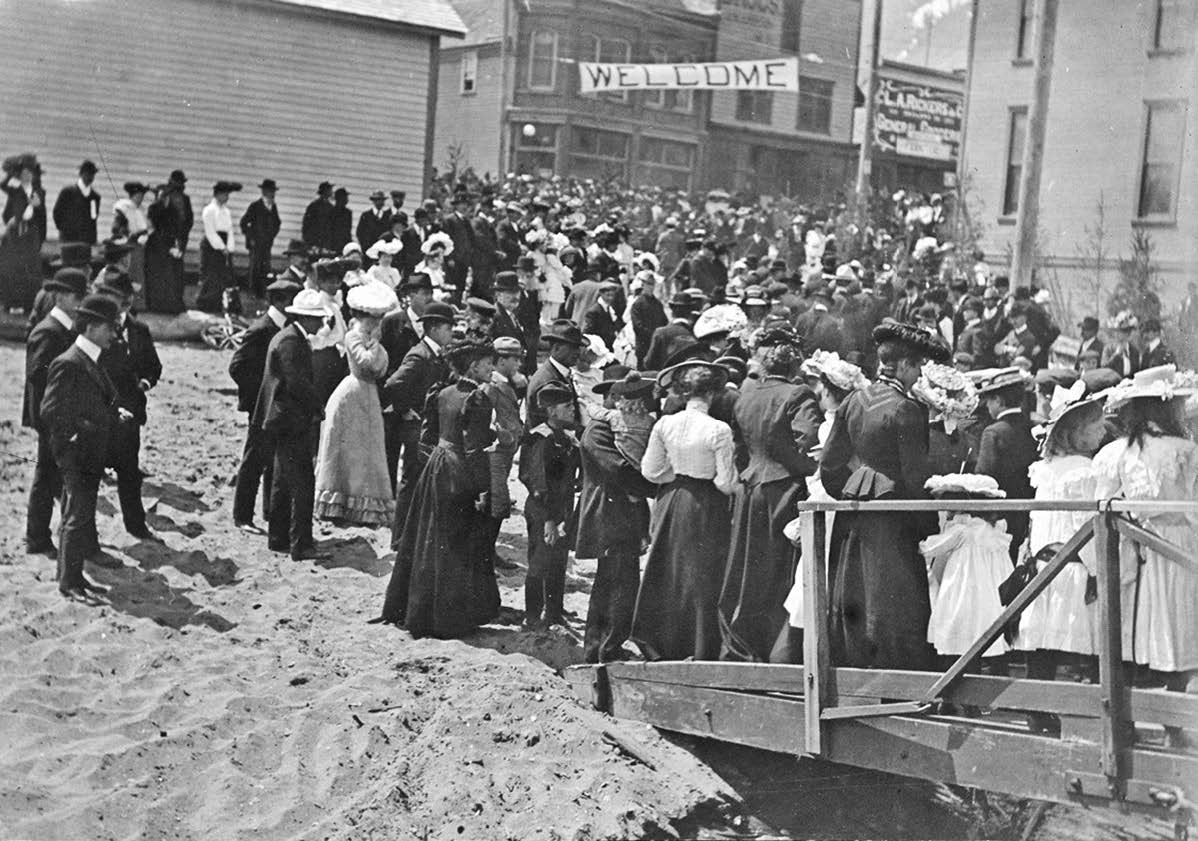 Over the past 126 years the celebration has seen several name changes: Queen’s Birthday, Victoria Day, Empire Day and finally May Days. “The use of May Days began after World War II,” explains Woodhurst. “During the war the Japanese Canadian internees participated in the festivities and did quite well at the baseball games.” Today the Maypole tradition continues, although the May Queen coronation has migrated to New Denver May Days. The international Logger Sports event attracts competitors from all over the world, and the annual Show ’n Shine classic car rally remains as popular as ever. Although Kaslo can’t claim to have the oldest May Days in Western Canada – that honour goes to New Westminster, dating back to 1870 – it’s a local tradition that shows no signs of passing into history.

SS Nasookin arriving in Kaslo with May Days visitors, May 24, 1913.