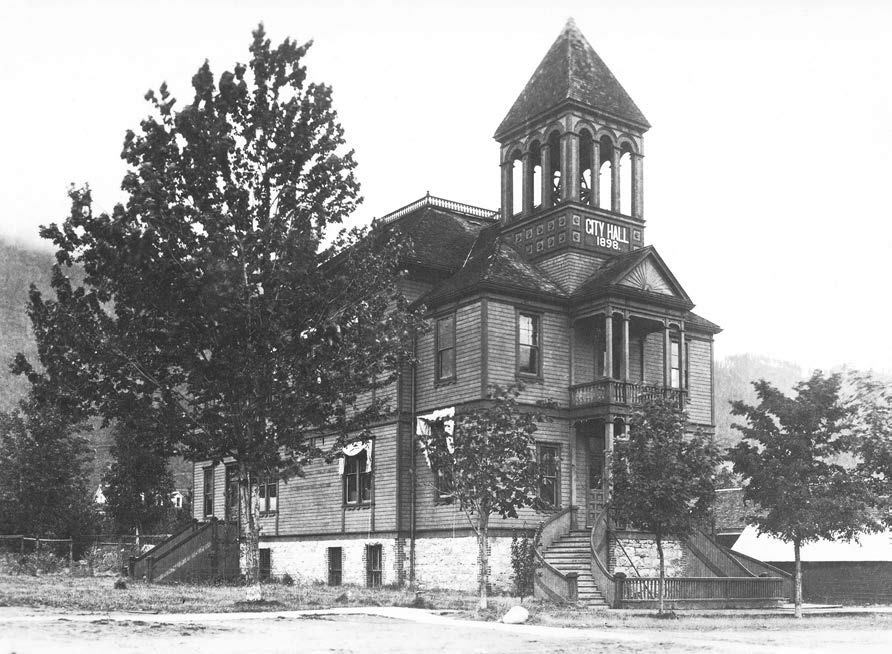 May–June 1898. Kaslo’s still-new streets are bustling with activity. The Kaslo & Slocan Railway regularly brings shipments of ore to the Kaslo docks for transferal to steamships such as the sturdy SS Nelson. Plate glass shop windows such as those at TA Garland’s dry goods and clothing store are piled high with merchandise, though mostly with essentials for miners and prospectors working in the Sandon and Slocan district. During their off-hours the city’s 20 saloons keep the men well-oiled and the Theatre Comique’s vaudeville dancing girls keeps them entertained.

Amid all this excitement, Kaslo City council has decided five years of meeting in the dining room of the Palace Hotel is enough. On April 27, 1898 council votes to purchase four lots in block 10 for $2,000 as the site of their future City Hall. On May 5th council announces a competition for architectural plans, with a prize of $200 – a handsome fee. By the June 2nd deadline, proposed designs are submitted by architects CE Doty, DC McGregor, Stoess & Goodwin of Kaslo, Ewart & Carrie of Nelson, and George Mallandain. Two days later, the Kaslo Morning News announces the winner: Ewart & Carrie, also responsible for designing several key residential and commercial buildings in Nelson. 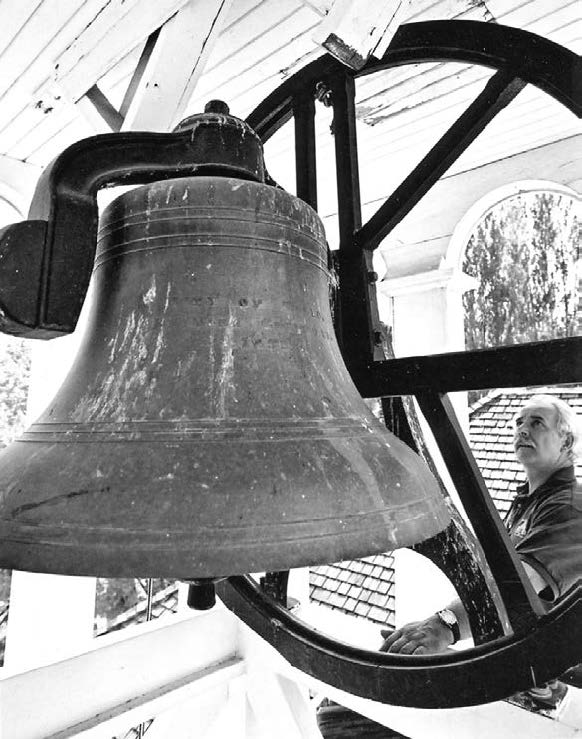 “Kaslo’s public building will certainly be a handsome structure, capacious and well adapted to the purpose intended,” gushes the Morning News. “With its trimming in cedar or coast fir, finished in the natural wood, with curved steps leading up to the front entrance, the whole surmounted by a tower and flagstaff, when completed… the new public building of Kaslo will not only be a credit to the city and the province, but will be one in which our citizens can take pride.” Ewart & Carrie’s design incorporates municipal offices, the Provincial courthouse, fire department, engineering and waterworks, the Court Registrar, Police Magistrate, police department and jail. A call for construction contractors is issued, with the winning bid of $9,977 awarded to DJ McLachlan of Sandon. By August, construction is underway. But McLachlan struggles to meet the terms of his contract and cost overruns push the actual amount to $11,000.

January 25, 1899. Council has its first meeting in its grand new City Hall. Its bell tower will soon have its brand new bell installed. Proud Kaslo residents are treated to a public ceremony on June 22, when the bell is christened by Mrs. Hartin, wife of the City’s mayor. Henceforth the bell is rung at 7 am, 12 noon, 1 and 6 pm, perhaps marking out the stages of a regular working day. It’s also used to summon the fire brigade in the pre-telephone era. “However, it meant that everyone came to find the fire and that wasn’t always helpful,” writes Kootenay Lake Historical Society archivist Elizabeth Scarlett. “It was replaced by a siren later on and this was also used to call a curfew for the youngsters of the town although I gather they were good at eluding the police.”

The Provincial Court and jail remain in City Hall until 1913, when they are moved to the new Provincial Building (today’s Kemball Memorial Building), which had been built in 1911. The jail is moved to the Provincial Building in 1923. As early as May 4, 1898, a petition was presented to City Council by Madams Goodwin and Twiss and 71 others, asking for a ‘Free Reading Room’ in the new City Hall. Council chose not to act on the petition. Kaslo’s readers would have to content themselves with a reading room in other quarters. Finally in March 1921 council grants the local library committee access to City Hall for a library and reading room at the rear of the main floor. It takes until 1983 and a renovation of the former jail in the basement to give the library a permanent home.

Among the alterations to the building over the years was the replacement of the original curved staircase with a straight concrete staircase in 1920, with two spruce trees flanking it. The magnificent staircase is restored to its original configuration in 1982. An ill-considered addition is made in 1971 with the construction of a cinder block fire hall. 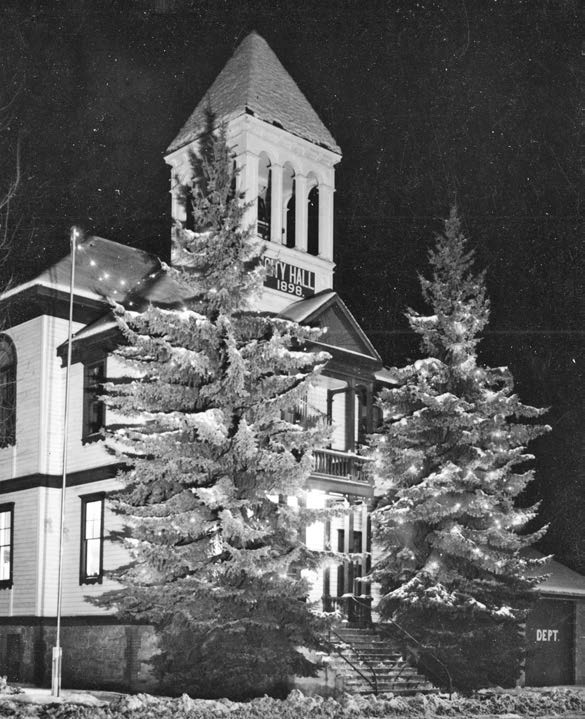 Kaslo City Hall, all lit up for Christmas.

But City Hall as we know it today is also the legacy of Kaslo resident Roy Green, whose actions saved it from destruction. In 1969, council issues a call for bids on its demolition and the construction of a modern cinder block hall. Green springs into action. He posts anonymous notes daily on the main street, starting with a sign that reads: ‘Twenty Days to Save City Hall.’ He adjusts the number daily in the countdown. “A substantial majority of the citizens here attach a great deal of sentimental value to the building,” Green tells council. “Nonsense,” huffs the mayor, WV Drayton. “I haven’t heard a peep against the demolition.” It’s enough to raise the ire of Kaslo residents. When council meets to discuss the bids, the chamber is crammed to overflowing with protesting citizens. Council hastily backs away from its plan.

Kaslo City Hall is declared a National Historic Site by the Historic Sites and Monuments Board of Canada in November 1984. A formal ceremony is held on May 21, 1988, with 88-year-old Roy Green is there as a guest of honour. Even adjusted for inflation over 120 years, the jewel in Kaslo’s heritage crown cost just over $320,000 to build in today’s currency. It remains one of only two wooden town halls still in use in Canada – the other is in Liverpool, Nova Scotia. It is the oldest remaining town hall on the British Columbia mainland.

Kaslo May Days is an Enduring Kaslo Tradition

The Kaslo & Slocan Railway was an Engineering Marvel
Scroll to top